Route Napoleon is one of the most famous driving roads in the South of France. The road is approx. 325 km in total and begins in Golfe-Juan on the coast, winding all the way up to Grenoble in the French Alps. The current Route Napoléon is a part of the famous route from Elba to Grenoble taken by Napoléon Bonaparte and his army in 1815, after he escaped from exile. In addition to the historical interest, the route passes through some of the most strikingly beautiful scenery in southern France, and the open road sweeping through tranquil landscapes makes it the perfect supercar territory.

Our favourite stretch of the road begins in the world´s perfume capital, Grasse, where you can enjoy a gastronomic lunch in the Michelin starred restaurant La Bastide Saint-Antoine – also a beautiful five star hotel. You will begin your ascent from Grasse up on D6085 – Route Napoleon – and you’ll find yourself in driving nirvana, on tarmac that seems like it was designed with fast driving in mind. In the Alpes-Maritimes you will find a lot of twisty passes with challenging hairpin bends and narrow stretches, however Route Napoleon has more gentle corners and the long inviting straights gives you that adrenaline rush whilst seated behind a high performance cars. It does help that the scenery is simply breathtaking on this road carved out from the cliff, and there are several photo stops en route for that classic souvenir picture with the lush valley creating the perfect backdrop. Along the route you will find statues of the French Imperial Eagle, a symbol used in the battle by the Grand Army of Napoleon I during the Napoleonic Wars. 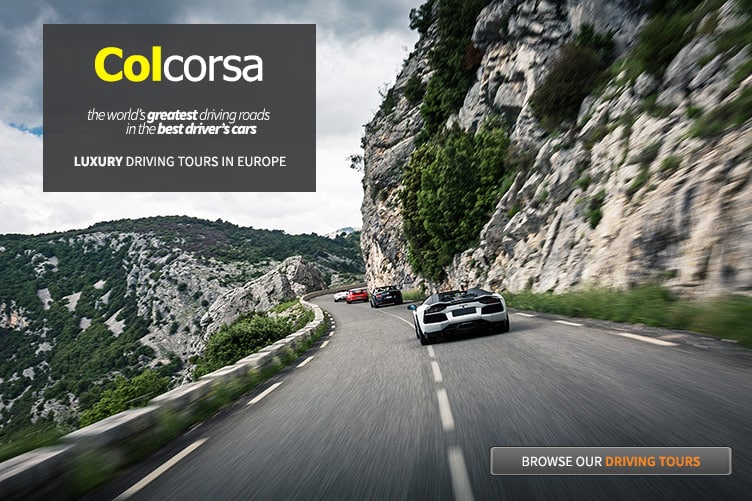 The scenery varies from dramatic balcony roads carved out of the rocks, to dreamy stretches of smooth tarmac winding through the pine forest. Upon arrival in the town Castellane there are plenty of restaurants and cafes on classic tree-lined squares, for those who would like a break from driving. On the town’s 34 Rue Nationale road is a house where Napoleon stopped to lunch on 3 March 1815 – today it is a museum open to the public – and on the eastern edge of the town you’ll find the 15th century stone bridge which is called the Pont du Roc, also known as the Napoleon Bridge. From Castellane you can turn on to the road leading to the Regional Natural Park of Verdon with its dramatic gorge, or continue northwards on the Route Napoleon.

As you’re passing through Castellane you’ll soon rise up to 1,146m on the Col des Lèques pass, leading you up to the town Digne-les-Bains, and from there on to the small 12th century village Malijai, situated on the right bank of the Bleone river, and home to an elegant castle where Napoleon spent a night between the 4th to 5th March 1815. This chateau is today home to the town-hall, however certain parts are accessible to the public and on the ground floor you can admire a beautiful collection of plaster mouldings in Louis 16th style. From here the drive continues to Sisteron and Gap, before heading up over the Col Bayard mountain pass rising up to 1,248 m, and on to Corps, La Mure, and your final destination – Grenoble.

Where to stay close to the road

Although the South of France is full of lovely hotels to choose from – from seafront resorts to Provencal châteaus in the back country – there are a few that are closer to the Route Napoleon than others.

One of our favourites, right in the foothills of where the best driving territory begins, is the 5* La Bastide Saint-Antoine in Grasse. This charming luxury hotel is also home to a one star Michelin restaurant by chef Jacques Chibois, and it has a lovely atmosphere with views over the green hills.

About 50 km north from Grasse, right on the Route Napoleon, is the 4* Château de Taulane, which is also a golf resort with its own 18-hole golf course. This 18th century residence is set in an exceptional setting, with rooms both in the castle and the manor house. 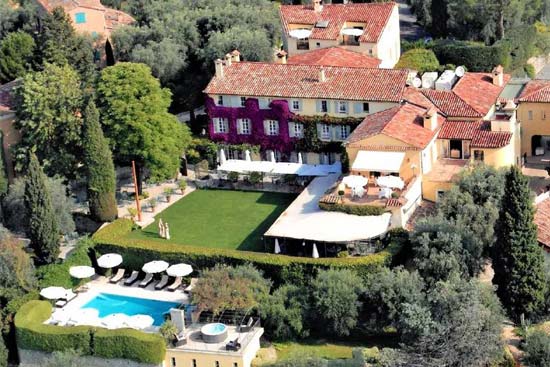 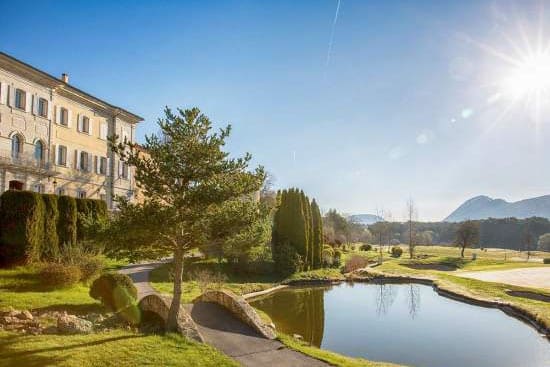 If Route Napoleon is on your bucket-list to drive, we’d love to help you experience this fantastic driving road in the perfect sports car or supercar. We have a selection of driving tours in the South of France, where you tour over several days and explore some of the most scenic driving roads in the region, staying in exclusive hotels between Monaco and Provence. If you’re looking for a shorter supercar driving experience you can also rent a high performance machine for just one day, and get out and drive in the mountains…

If you’d like to see more photos of the Route Napoleon you can have a look at our blog posts below, with galleries from our previous road trips to this majestic mountain pass. 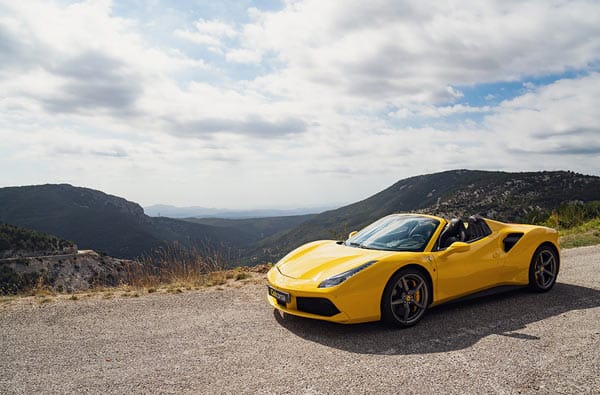