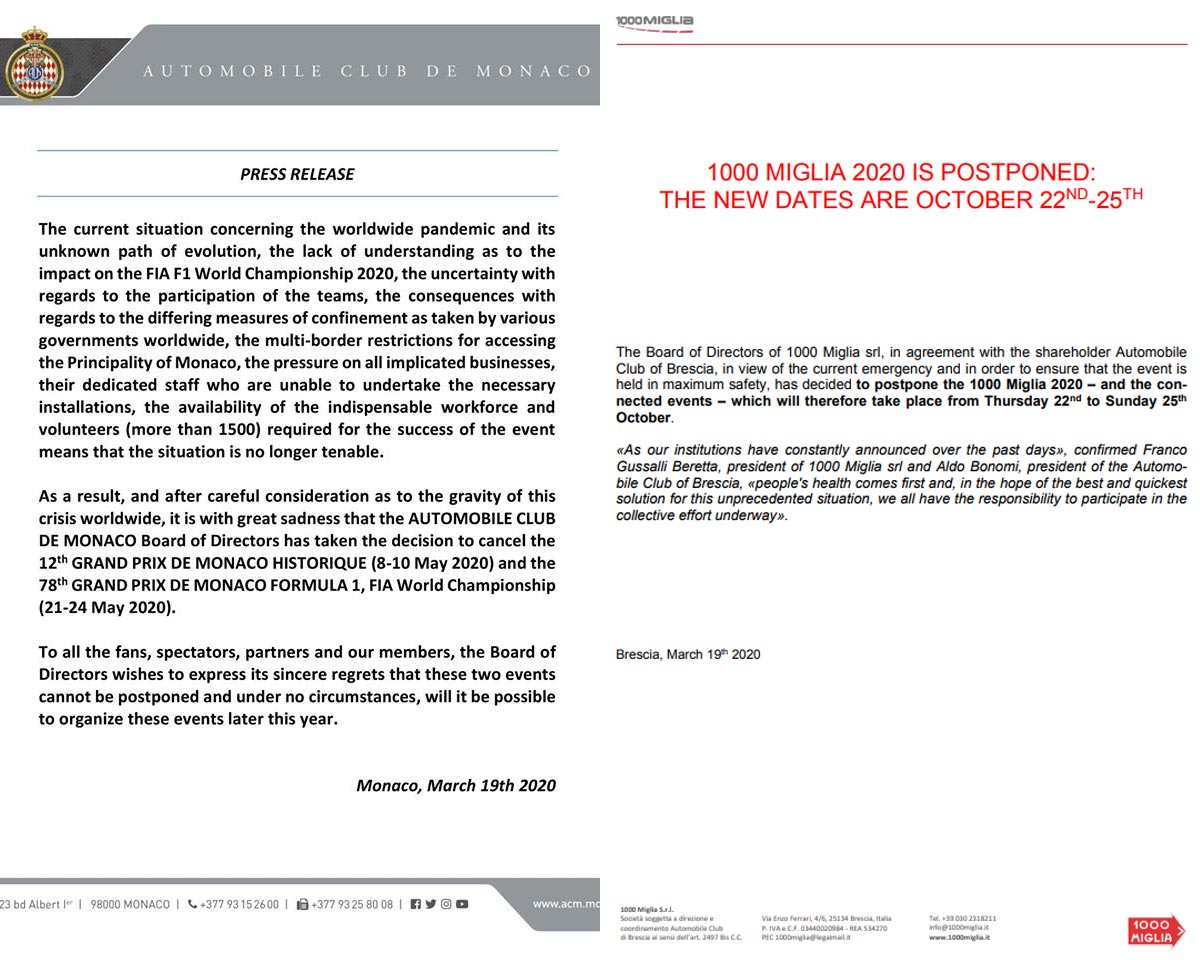 Arguably the most prestigious Formula 1 race in calendar, Monaco’s world-famous Grand Prix, is an annual weekend race always scheduled for the end of May, held in the small principality of Monaco on the Côte d’Azur. The principality’s roads are transformed into a 3.337 km city race circuit – many motorsport fans know the track by heart – including the world’s most famous bend – the Fairmont hairpin – and the legendary swimming pool complex. The race has run since 1929 and is part of the ‘Triple Crown of Motorsport’ together with 24 Hours of Le Mans and Indianapolis 500.

Although not as famous as the modern Formula 1 race showcasing the latest race car technology and the world’s greatest current F1 drivers, the Historic Grand Prix – held every two years – is a special event for those who remember the golden era of F1 motorsport, when race cars were more brutal, the soundtracks simply mind-blowing, and legendary F1 race drivers made a name for themselves – if they live to tell the tale. This exciting event gives you a glimpse of what racing used to be – breathtaking and terrifying at the same time – and for any motorsport fan it is a true privilege to be able to see vintage Formula 1 cars being driven as they should be on the streets of Monte Carlo, with the soundtrack from raw naturally aspirated engines echoing between tall buildings and the luxury yachts moored in the port… 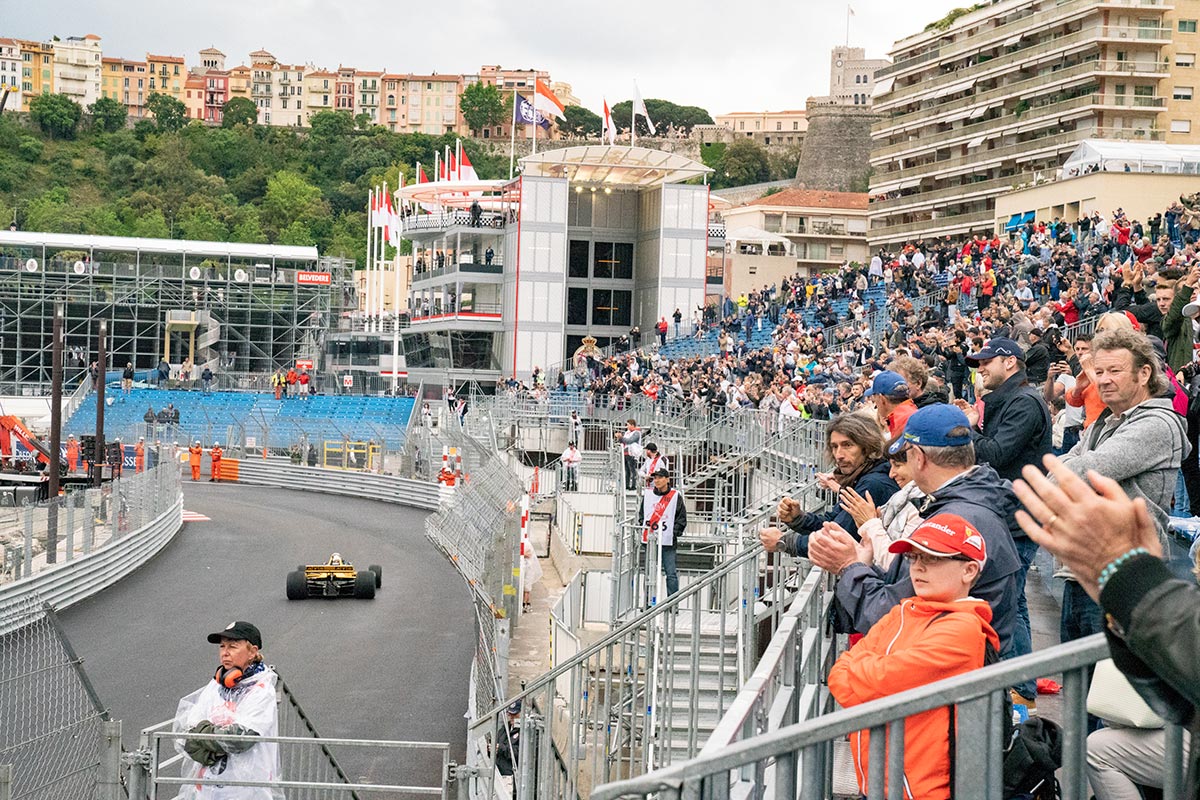 Known as ‘the most beautiful race in the world’, the Mille Miglia is a hardcore classic car race through Italy, stretching over a distance of 1000 miles across the Italian countryside from Brescia to Rome and back. This 4-day spectacle welcomes 400 exceptional vintage cars and their drivers from all over the world, with a special commission selecting the entries to this exciting race that always has more applications than it has available places. Locals and tourists gather together on the streets of Italy as convoys of some of the most beautiful automobiles ever made pass through idyllic villages in one of Europe’s most beautiful countries. So, save the dates for October, and fingers crossed the world will be in a better state by then. 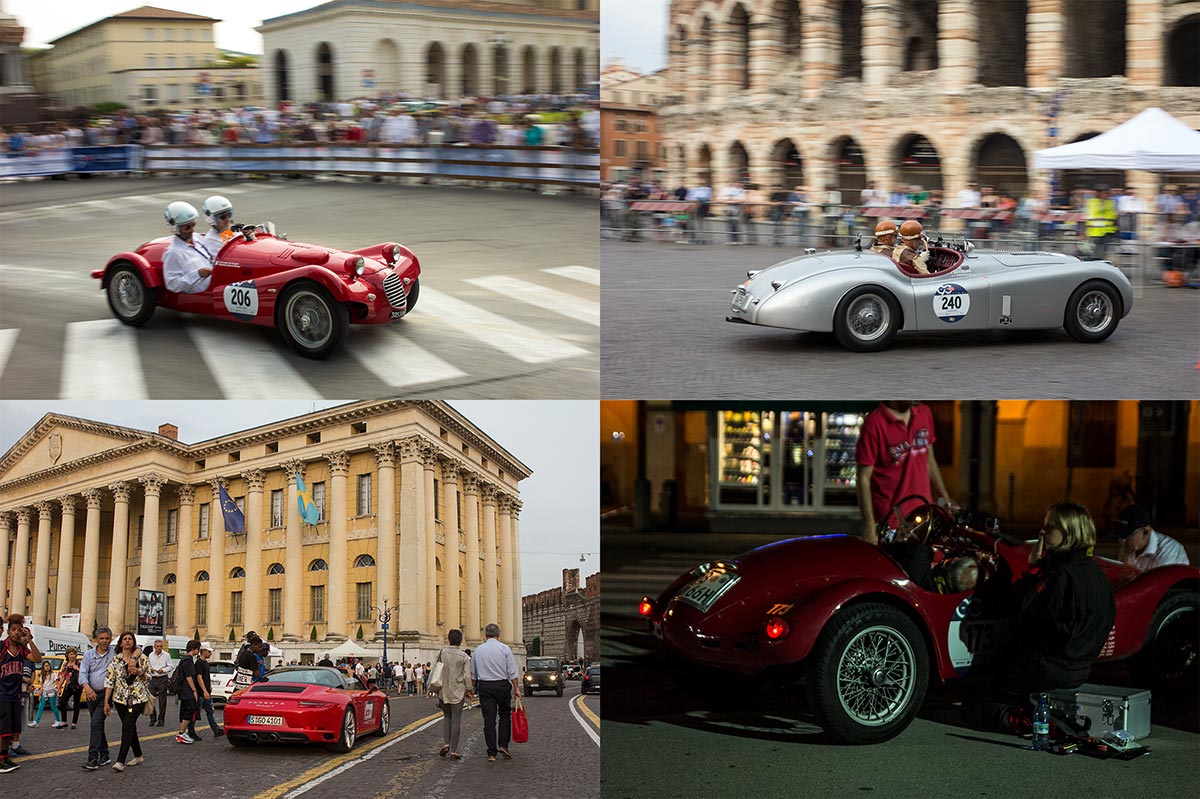 Due to the worldwide coronavirus outbreak three iconic car races in Europe scheduled for May have been cancelled or postponed. The Monaco F1 Grand Prix and the Historic Grand Prix of Monaco have been cancelled, and the Mille Miglia classic car race through Italy has been postponed to late October. The new dates for the Mille Miglia classic car race are now 22nd October to 25th October 2020. According to the information we have there will be no new dates for the Historic Grand Prix of Monaco, and the Monaco Formula 1 Grand Prix, for the 2020 season. Instead the races are more likely to be scheduled for 2021 – or in the case of the Historic Grand Prix, possibly 2022. Monaco F1 Grand Prix Arguably the most prestigious Formula 1 race in calendar, Monaco’s world-famous Grand Prix, is an annual weekend race always scheduled for the end of May, held in the small principality of Monaco on the Côte d’Azur. The principality’s roads are transformed into a 3.337 km city race circuit – many motorsport fans know the track by heart – including the world’s most famous bend – the Fairmont hairpin – and the legendary swimming pool complex. […]

The McLaren 675LT “Longtail” took the world by storm when it was unveiled in early 2015 and this McLaren Super Series model, limited to only 500 cars, sold out quickly. As response to worldwide customer demand McLaren later the same year revealed the open top version of the 675LT, known as the McLaren 675LT Spider. Also launched as a limited edition model, this latest addition to our rental fleet is one of only 500 opportunities worldwide to enjoy this fantastic car. We want you to experience this journey filled with luxury and style, staying in the most exclusive hotels and driving some of the greatest roads. Finished in distinctive mantis green, our 675LT available for touring is certainly a head turner – and perhaps not for shy drivers. As the fastest ever open-top McLaren, speed is in the 675LT model’s DNA, sharing much of the technology developed for the McLaren P1™. The word “Longtail” was established by the race-winning McLaren F1 GTR ‘Longtail’ in the late 1990s and similarly the 675 Longtail Spider has been developed with a focus on enhanced lightweight components and optimised aerodynamic performance. The single-piece carbon fibre “Monocell” chassis, with a weight of only 75 kg, […]

Available soon in our selection of supercar tours is a driving holiday through one of Europe’s most exotic countries with untouched natural beauty and breathtaking driving roads – Croatia. Our handpicked journey has been designed to include superior luxury hotels – without doubt some of the best in the country – top class dining experiences, a simply stunning variety of landscapes and vistas, and of course the best driving roads we discovered along the way. This is an extraordinary driving holiday for people who are in search of something exotic and novel. You will visit Dubrovnik and Zagreb, drive the fantastic coastal roads in Dalmatia, and explore some hidden gems we have selected for this route. From our selection of models in our supercar hire fleet – for example the Lamborghini Huracan Spyder, Ferrari 488 Spider, McLaren 650S Spider, Mercedes-AMG GT and Porsche 911 Turbo – you will be able to find your dream ride to experience the journey. If you prefer to conquer the greatest driving roads in Croatia in your own car why not let us design you a bespoke tour package to get the best from your favourite drive. Our driving routes in Croatia were not only […]